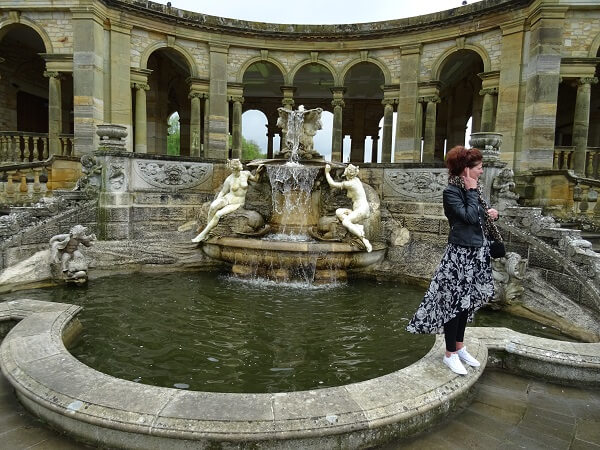 I choose this photo from a few years ago because relaxing the rules mean we are a step closer to visiting the Uk again. This was at Hever castle.

It started as a very boring week, just some working out and blogging. The Corona rules are further relaxed here as from the first of July. Restaurants and gyms can open again and everyone can go to school now. I hold my heart because second peaks are popping up all over the world. On the other hand, it is nice that life is gradually becoming a little bit normal again. Cycling with a girlfriend is no longer scary and people inviting neither. Although we only do that outdoors.

Gerben is very happy that he can work out again. He could work out in my room to but he doesn’t like that. He has to make a online appointment to schedule his time at the gym and it works perfectly! I would have had a meeting on Thursday, but it was canceled. Can you finally do something outdoors eh ….. 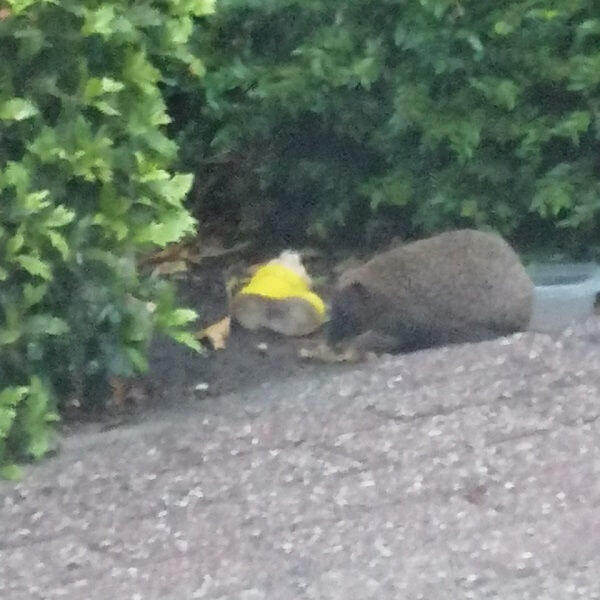 This is the big one

the two little ones were the night before 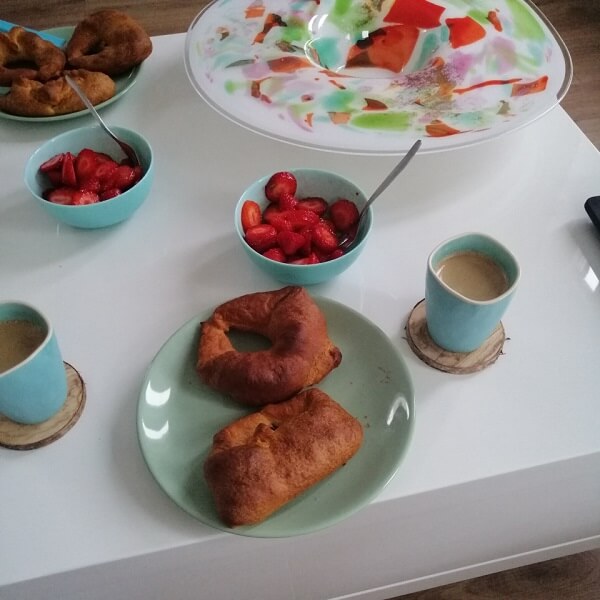 Breakfast on Sunday, Gerben always makes me breakfast in the weekend.

What is also nice, every night a hedgehog comes into our garden. I think there are three. A large and two small ones. Gerben puts some cat food in front of the place they come and a bowl of water and every night at the same time they show up and they do themselves well. I made a little video of the hedgehog eating, it was shimmering so the quality is not the best and I made it from my bedroom so behind the window.

I told you a while ago that I had my eye on a gingham trouser suit. Guess what! No wrong guess! Well wrong, I have bought it, but second-hand! Can you believe that. The whole set, because the blazer and trousers had to be ordered separately, was for sale on the second-hand site where I buy more often. In my size! Not worn once! Amazing, right. Sometimes a person must get lucky!

It was a fun weekend!

Keeping our distance in my garden 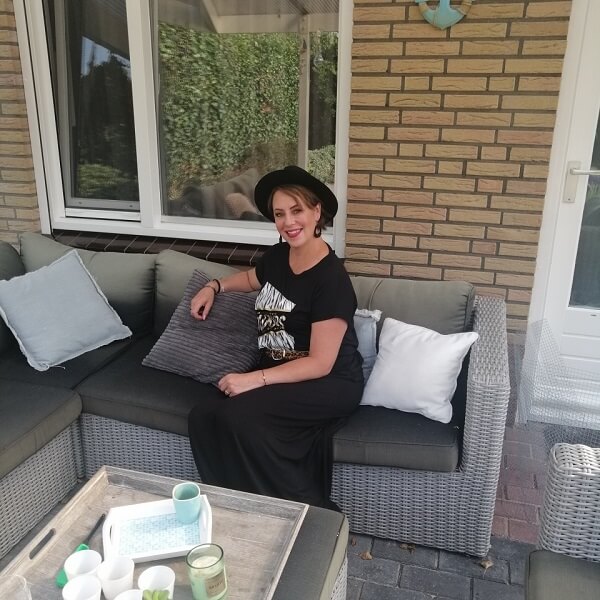 Sonja in her gorgeous outfit 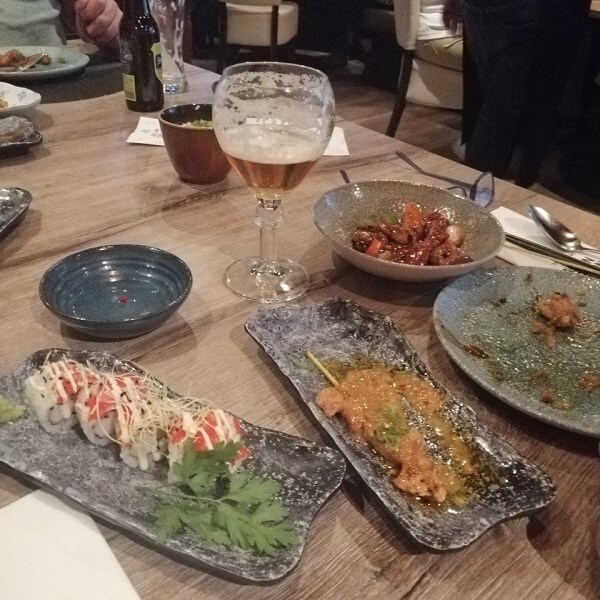 Always to late with taking photos , to hungry!

Later in the week it became more fun as Sonja of came to visit me. She lives a hour away, but she met a new love who lives in the village five minutes away from me! We will be seeing a lot more of each other! Another plus from relaxing the rules is that restaurants are open again! And we took advantage of that by going out for dinner with friends!

I had asked for a large table because the tables there are quite narrow. And I would still like to observe the 1.5 meter rule, even though half of the Netherlands does not, and they had put two tables together so that was nice. Because I found it quite exciting. But how wonderful to eat out again. And we ate a lot! Too much! Gerben and I both slept very badly.

Gold and silver dress, have to figure out how to style it. 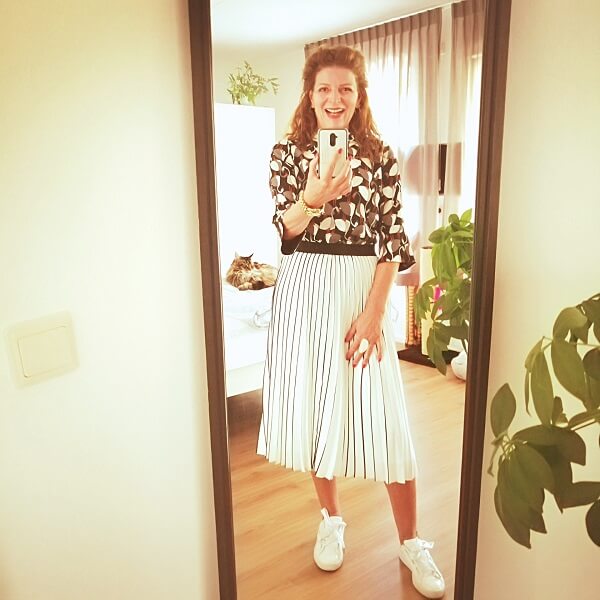 Love this one, pleated skirt and sneakers.

Kimono dress, you will be seeing this one on Friday.

We went to the national park on Sunday in the afternoon, when it finally stopped raining. Wonderful, the sun even started to shine. In the evening we watched the Formula 1 race. Well, the first fifteen minutes, then the fun was over for us. And after that we watched Killing Eve! Fantastic!