And we are already in October. Autumn is in full swing. On the one hand very beautiful, but also windy and wet. And October seems to be a month where I appear on television, twice! I’ve had a very nice week full of surprises. The first half went like most weeks. Working out, blogging, stuff like that.

On Thursday Gerben and I went to Amsterdam where we had a kind of presentation of The Dansmarathon. I was one of the guest speakers there for the lung fund to talk about my disease. So I can now tell you a little more.

I am in a show, well a minute and a half… 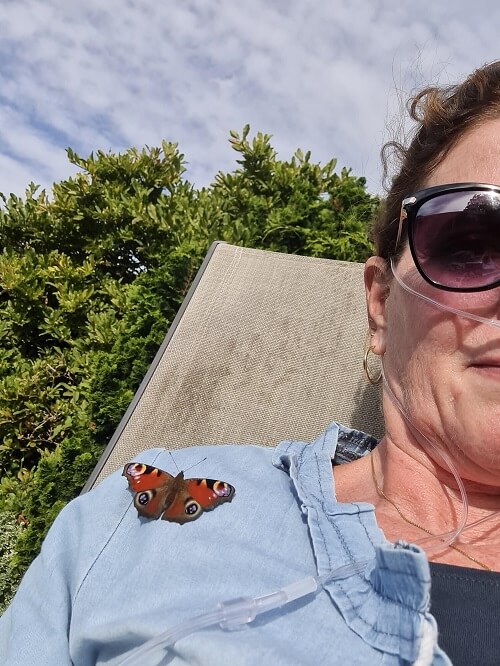 On a sunny afternoon in the garden lots of butterflies sat on me. 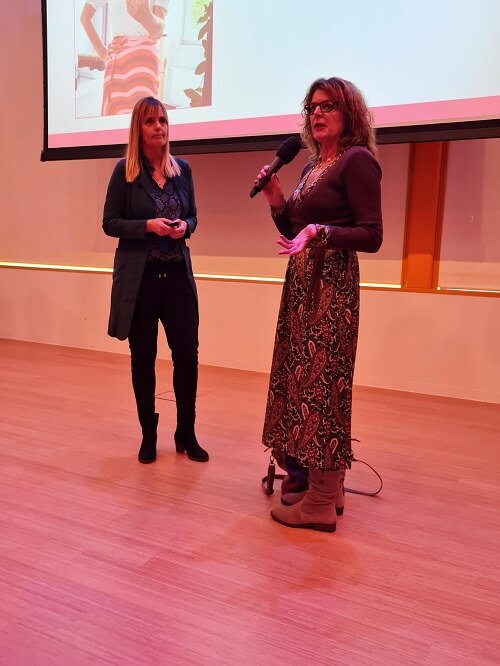 On our way back some fast food, why……for pete sake, it isn’t edible.

So I’m in a television show, just a minute and a half, but I do appear on television! Lol. It’s called De Dansmarathon and it’s a 50-hour life spectacle on Dutch television. The vriendenloterij (lotery) is involved and the long fund because that is the charity the money goes too. With the money that is made with it, the lung fund can conduct further research into the mini lung.

A few weeks ago, a crew came to our house to shoot for that show. Where I tell about the impact of a lung disease. You can also see more of it on my Instagram. All very exciting and I was overwhelmed with compliments on how well I can speak in public. I feel so honored. So that was the first thing!

And then I appear again on television! Me and Leontien Borsato, ambassador of de Vriendenloterij. 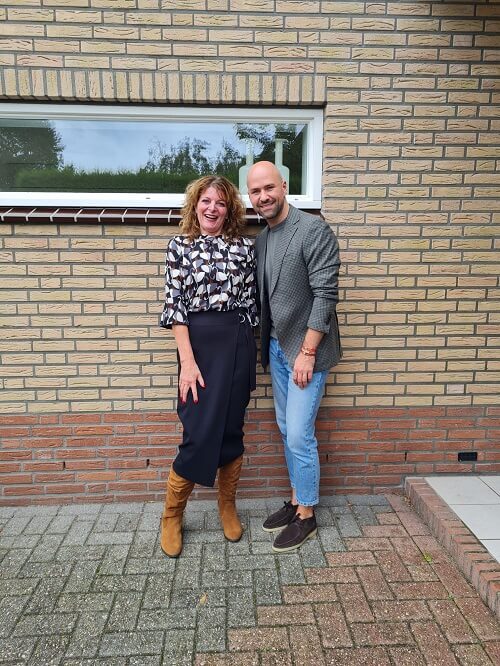 Me and Bjorn Franke, the stylist. 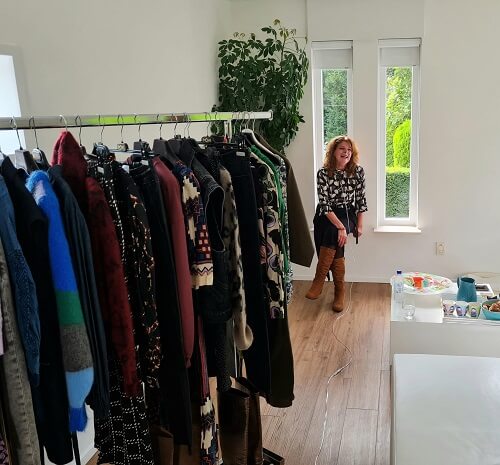 Me thinking, this is not for real. 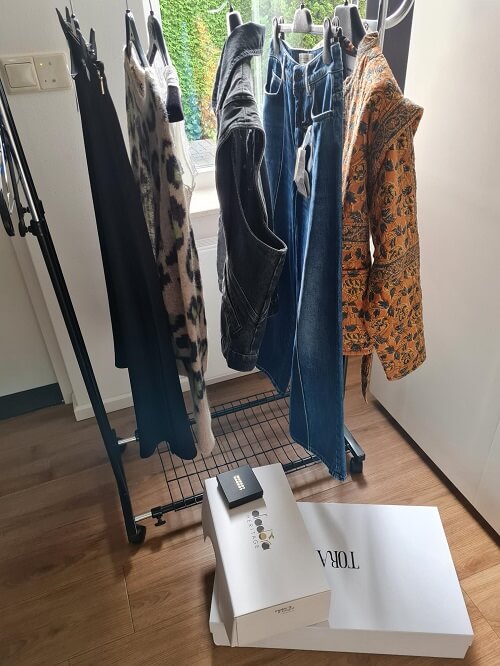 The clothes I could keep!

Friday was very special. Gerben and I had planned to go to a clothing store to buy clothes for him. But he was just dawdling and I thought that was so strange. Until the bell rang and a television crew was at the door, complete with well-known Dutch ambassador of the friend lottery Leontien Borsato and stylist Bjorn Franke! And with two racks full of clothes!

Because they heard, read Jessica from the lung fund had pointed this out to them, that I can no longer physically shop and loved it so much. So they brought the shop to me! I will appear on television this Sunday, on RTL4 around 7.30 pm!

I was allowed to make two sets with the help of the stylist of course, and I got to keep it! Whaaa, complete with boots and all! What a day. And Gerben had already known about this for a few weeks. And he had to make sure that I was home and that he had a day of and everything. Well it was all so unreal, amazing.

On Saturday I was of course exhausted and sore in my throat from all the talking, but my friends were so curious that they stopped by to chat and hear all about it! On Sunday my sweet mother-in-law celebrated her birthday and we were together with my whole family in law! Also very nice! What a special time I am experiencing at the moment. I enjoy it to the fullest! 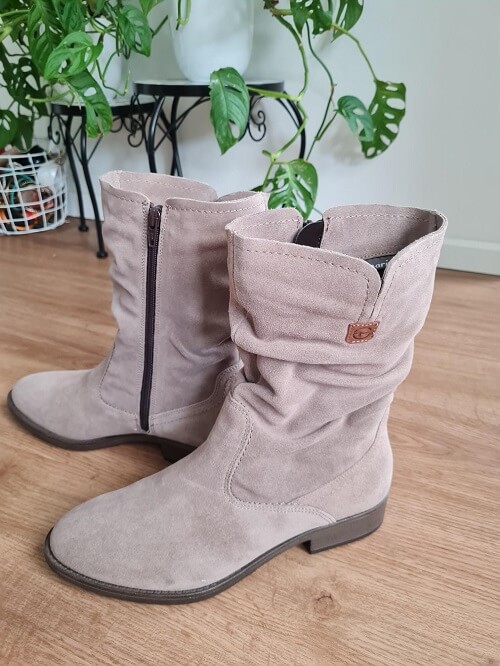 and well….you know what they say, at least we do here in the Netherlands, you can’t walk on one legg.

I wish you a great week too! And tell me, have you ever appeared on television?

I would love it if you would share your outfits with #nancysfashionstyle and tag @nancysstyle! Thanks!