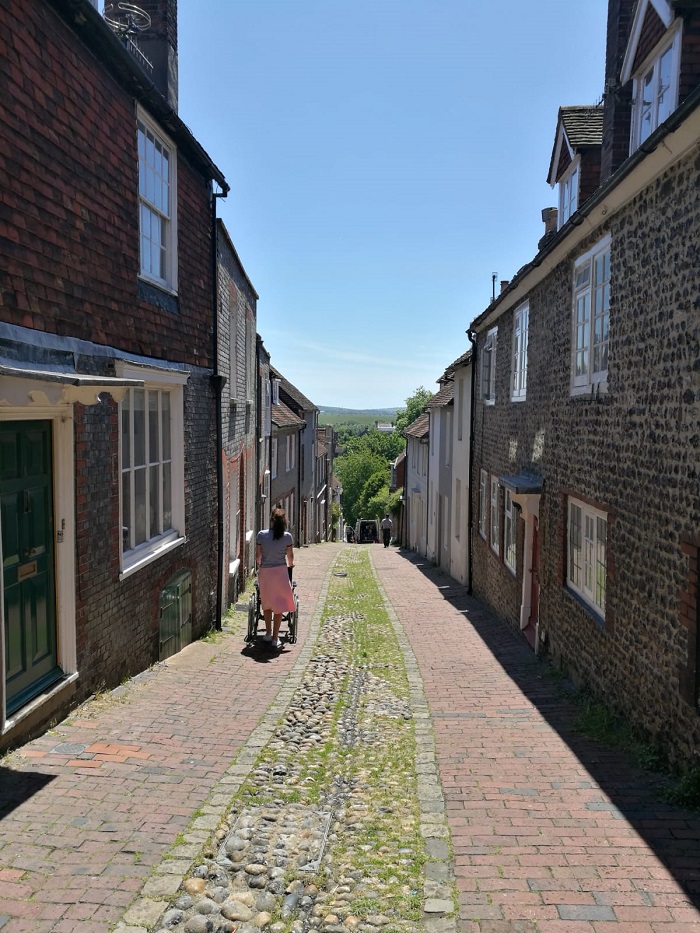 Alpha1 Antitrypsin Deficiency is a rare heriditary lung disease. It is a deficiency, or lack, of a protein that makes the lining of your lungs. I don’t have this protein at all and therefore have the most serious form. This is a progressive disease and the only thing that can make me better is a transplantation. I am ,,beyond repair,, as my doctor says! Read here more about the disease in Dutch and English.

I already published this post before. But because I had to start all over with my blog, it’s gone. I wanted to link this story in my about page as it is such a important part in my life. So it is possible that you already have read this!

Okay, so I have decided to dedicate a post to my disease, Alpha1 Antitrypsin Deficiency.( I told a bit about chronic disease on Nicole’s blog ) And also Lieske had posted a piece of my story on her blog. Or rather my disease and me. Not to gain understanding or compassion, absolutely not, but to give you an idea of what it means to live with a lung disease. Not just being out of breath and what you can’t do anymore, but also the fears, the uncertainty, have to depend on others more and more, not feeling worthy, the changed relationships with the people around you. I think many people with severe chronic illness will recognize many of this. There is so much more  than people see on the outside.

The start of a whole other life

When I was about 30 years old I started to notice that I couldn’t breath right, as if there was something blocked. I smoked, worked long hours in a cafe and didn’t do anything on sports. I started exercising but that didn’t help. On my 32nd I went to the doctor because I coughed a lot. And I had a feeling that something wasn’t good at all. A year and many visits later my doctor sent me to a lung doctor with the message: if I can’t reassure you, the hospital will have to. After a number of tests I had to see the lung doctor. I was told I had A.A.D( Alpa1 Antitrypsine Deficiency) in the most serious form, a progressive disease, my lung capacity was 33%, if I didn’t quit smoking I would be in a wheelchair within five years and to have children was discouraged because I would not live to see them grow up. Bam! I was 33! 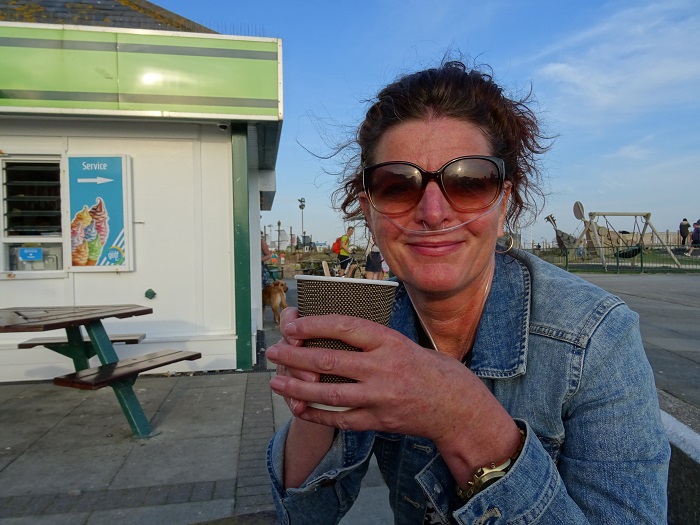 And how the years went on

Gerben and I are not the people to dwell on the bad things in life. We accepted the fact and went on. My lung capacity became with medication 45%. Of course I had stopped smoking directly after the lung doctor told me to. The years went on and every day I was confronted with my disease one way or the other, it’s in your head, every day, it’s extremely stressful( like any other serious disease I think). And you can’t fight it, you’ll always loose.

But life goes on, I worked full time, I regularly visited my lung doctor until he noticed in 2010 that it’s gotten worse. I did not visit him for two years after he said that…in Dutch we call that head in the sand stabbing.

Then in February 2012, after much insistence from Gerben and my mother in law, I visited him again. He tolled me to report sick from work, because I was to sick to work. I didn’t and when I visit him in April again he told me to report sick or he wouldn’t do anything for me anymore. My work was everything for me, I get tears in my eyes when I write this. It’s harder to write this as I thought it would be.

Nobody at work knew that I was sick. Only some family and good friends knew. I could always hide my illness at work because I was a manager. For example, if I was to exhausted I went on doing administration. And then I sat completely desperate at my desk(my desk was above the store), not knowing how to continue this. The last day at work I said goodbye to my working life in silence. 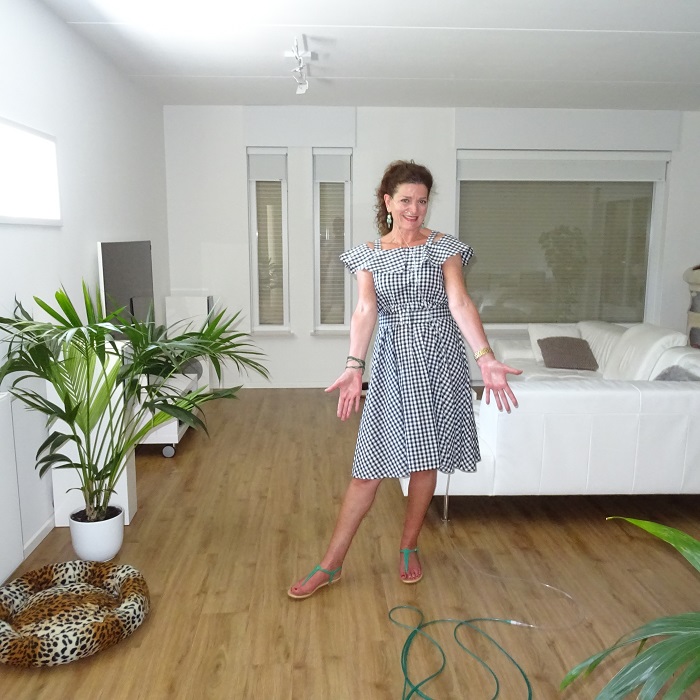 Then a new chapter in our life began

Actually the biggest problems started then! I had lived for years on stress hormones. Didn’t even know that that was possible. Was totally exhausted and the first weeks at home I felt so much worse then when I worked. That came, I was told later, because now I felt how I was doing! The fact that I couldn’t work anymore was such a blow to me that I soon became burdened with fear and panic feelings. If you never experienced this, it’s hard to explain how it feels. Something happens in your head and you can’t stop it( you can, but I didn’t know how of course). And it makes you so very anxious.

Almost everything triggered an anxiety feeling. When I listened to music, when it became dark, watching TV, many people, getting in my car, going somewhere. All that and much more, going to sleep was horrible. I quickly explained this to my lung doctor because I new I could not solve this myself. He sent me to a psychologist at a rehabilitation center with the intention of rehabilitating me there. This was the best thing, at that time, that could happen to us. In April 2013 I started, 12 weeks internal, from Monday morning till Friday afternoon. 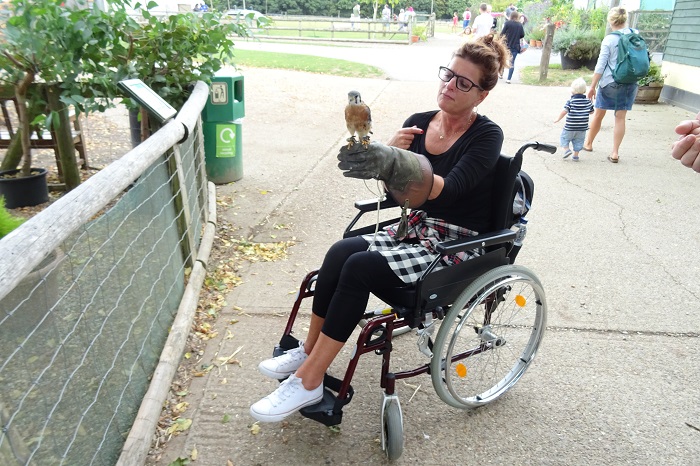 What did I learn during rehabilitation

I have rehabilitated in Dekkerswald. A rehabilitation center especially for lung patients. When you start you are divided into groups according to your ability. I was placed in the group that was the worst! And I thought I was one of the better ones. I was so ignorant. I started in an existing group of 15 people, you don’t start all at once so the group changes over time. There is a common living room and all the meals are together. You have your own bedroom. At first I thought it was fantastic to be there, I had been at home for almost a year and still had the panic feelings. And here were all other people with lung disease and all the same problems. We had a very structured program. A lot of sports, a lot of education, of course the psychologist and many other disciplines. Of course it wasn’t all fun. Because I was that ignorant, they made me really clear how bad my health was. I had a lot of sadness there too. I didn’t know how to go further, didn’t believe I would live for that long and that was such a horrible thought. But I also learned so very much of how to cope with Alpha1 Antitrypsin Deficiency. And the bond you get with the fellow rehabilitaters is very special. We still have contact with a group and see each other at least once a year.

And how to live now with Alpha1 Antitrypsin Deficiency

After the rehabilitation, I had placed valves in a hospital in Groningen to get more lung content. This was a trial. Unfortunately this didn’t work for me because they closed off one half of one lung, but the upper half stretched out. But I had a lot less trouble coughing up and thus also less infections. My lungs were constantly infected. I could laugh again like I used to do. That sounds crazy, I laugh out loud..real loud. And I could not do that for years anymore because laughing made me cough very badly. 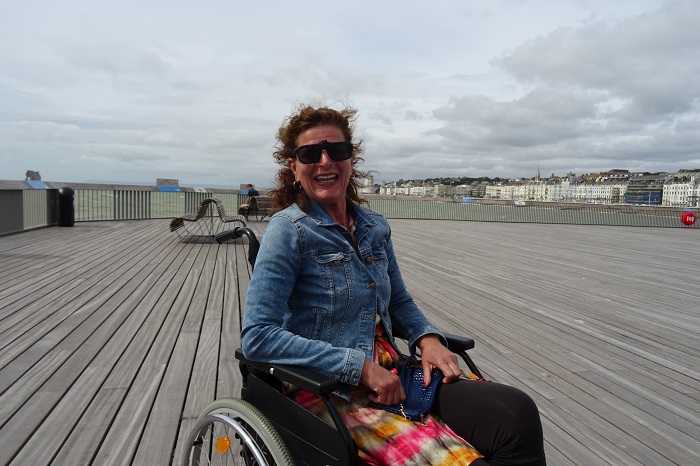 The most important thing to do after rehabilitation is to practice what you have learnt. That is hard. I have always been a very busy person. Every minute of the day was filled up. And now I had to rest a lot between things to do and terminate appointments if there were to many. And do things slowly! Also I was told that I had to use oxygen 24/7. Another huge fight. I really thought this was terrible because I could not hide anymore that I wasn’t a healthy person. I’ve always seen myself as a strong person, always been a manager in my working life. And now people would see me as a sick person, a patient. It cost me more than two years to get used to seeing myself with oxygen. 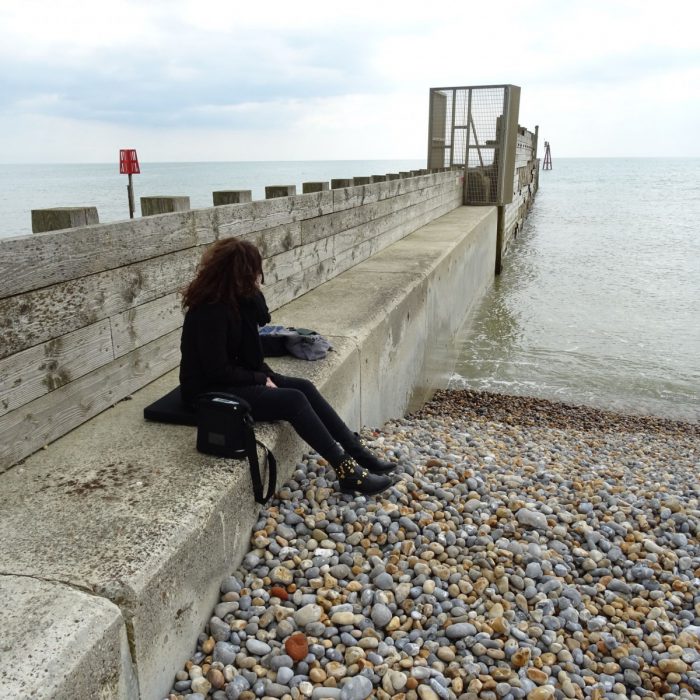 And I still have moments that the stupid eternal tube in my house freaks me out and that I hate to always have to carry that stupid concentrator when leaving my house. But I can handle it better now. Also because I could buy oxygen glasses last year, making the tubes in your face less visible. These glasses are only available in America. The oxygen passes through the frame. At home I don’t wear the glasses because I don’t need glasses.(hum) It also took me a few years to find a meaningful and nice fulfilment to my days. I now fitness four times a week, I do volunteer work, and I blog! And that really helped me to get a little more selfconfidence back again.

What can I do, what can’t I do with Alpha1 antitrypsin deficiency

I can’t work! That still is quite a thing. Can’t walk far, if I’ve walked for 100 meters I’m already breathless. I can’t do many things in one day. If I do to much it exhaust me real quick. My lung content is about 24 %. I have to be very careful with getting sick. If I get the flu I can end up on the IC. Only when I am sitting I am not breathless, I am always out of breath when I do things. Taking pictures for the blog is tiring, hence we always make them home and not search for a nice location.

But much more important is what I can do! The disease also brought me some good things. I have become calmer, more accessible. I have learned to appreciate the little things in life and enjoy things better. When the doctors told me: you now don’t have to do anything just to enjoy, it sounded terrible. Now I’m thinking: the sun is shining, let’s go outside and do nothing.

And I love to do sports, I can go out for dinner, shopping, visit museums, go on a holiday. Many things have to be adjusted, such as using a wheelchair, always carry the oxygen concentrator when we stay overnight, but it’s all possible.

And last but certainly not least, the partner! It’s all very difficult for partners too, because all the attention goes out to the,, patient”. And the partner has to do more  and more in and around the house. They have much less time for themselves and can’t be active on let’s say for example holidays, because the,, patient” can’t be that active. But I am lucky to have a fantastic partner who supports me in everything and better understands then anybody how to handle me and Alpha1 Antitrypsin Deficiency. We have a lot of fun together and that is what is most important! 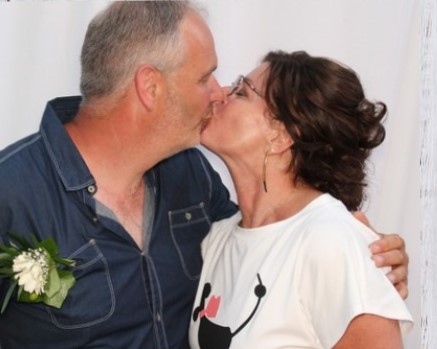 If you have any questions about my illness, please feel free to ask. I will be happy to answer them for you.