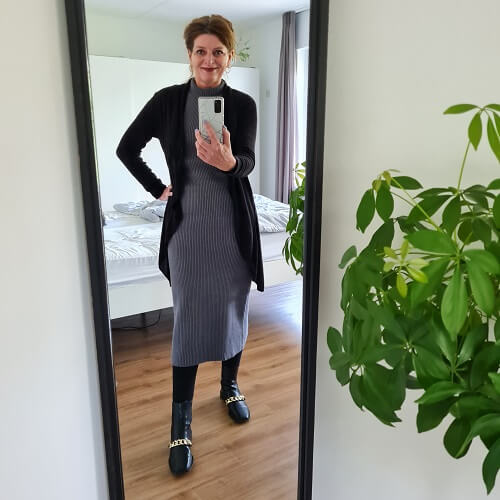 Last week was finally a better week. And Gerben made spareribs on the BBQ! Gosh, it really feels like I’ve been out of order for a month and a half and one “misery” after another presented itself. Misery is a big word, but if you’re not feeling okay, every little setback is too much. Monday I still felt really bad. All day long I felt like I was going to get a fever, which I didn’t. My saturation and blood pressure were also fine and working out went well. But I just didn’t feel good. I went to bed quite early and had a great night’s sleep. And Tuesday morning I woke up feeling like I hadn’t felt in weeks!

What did I do last week 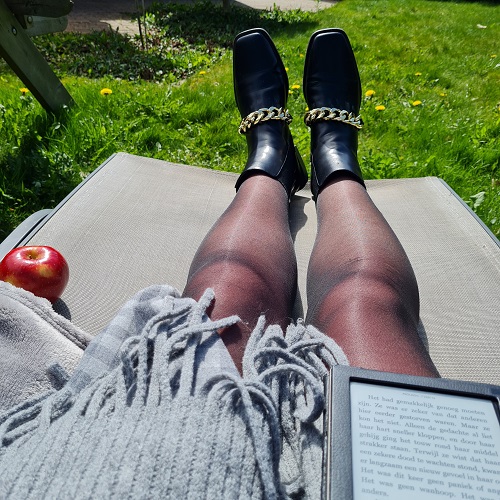 Still a bit cold when the sun wasn’t shining. 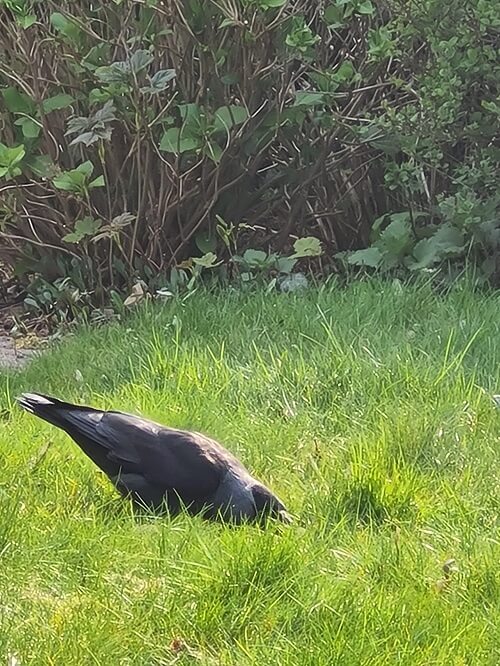 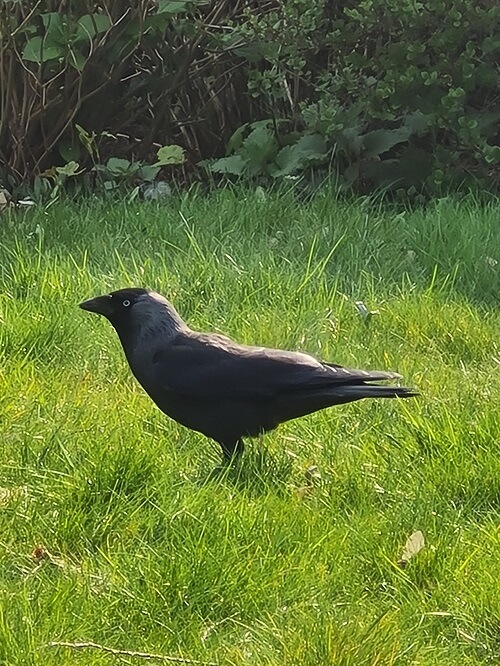 or was just bold.

I had canceled going to the gym because I wanted to sleep in, although I was wide awake at seven. I did some working out at home and sat outside in the sun in the afternoon, after I attended a digital meeting. Wednesday, Denise came by to have a chat. We also sat outside, so good to feel the sun on your face! Makes me feel so much more energized!

Thursday evening I had a digital meeting of my volunteer work for the municipality. Quite annoying how aldermen can twist the truth so nicely …. Friday I called the company again for the battery of my wheelchair. They would call back later that day, which of course they didn’t, so called again myself at the end of the day. Now a part has to be ordered again, it’s to stupid for words, that took almost six weeks to find out they have to order a part!!

Finally the BBQ went on 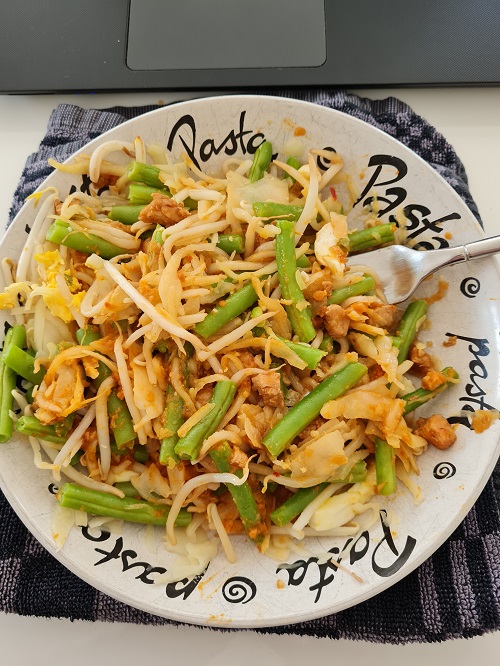 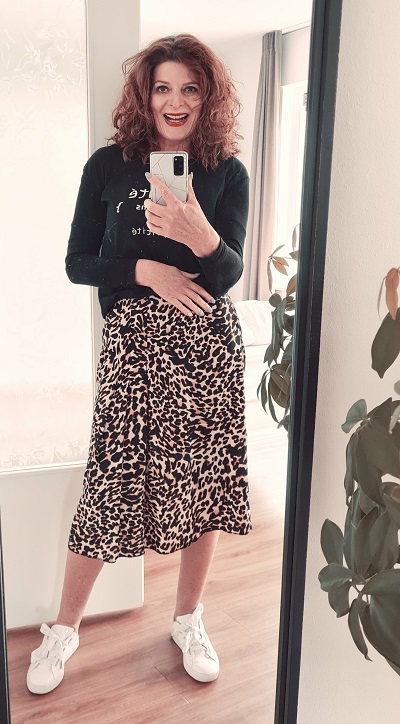 Blossom in our front garden.

Friday cleaning day and it then it was weekend! Saturday I did some working out first and then I actually wanted to read in the garden, but it was much too cold. Gerben started making spare ribs on the BBQ finally, and was busy all day long. Spareribs that have been cooked on the BBQ for six hours, can you imagine how delicious they were! This was the first time that Gerben used his new BBQ and he wanted to test it first before we invite friends and family over. So be patient my friends! We had chips and coleslaw with it and a bottle of rosé wine! Gosh it was so delicious! We ate inside though, it was to cold to eat outside.

Sunday we went cycling, an hour and a half. Was still too cold but good. We went to my in-laws to have a cup of tea, which we hadn’t seen for months.  And now that they have both been vaccinated,  we thought it was possible and save.(I was hungry and ate a hole lot of chocolates there) Then cycled home where Gerben once again served delicious asparagus! Have you also watched Line of Duty? What a great series! But the season is over already. I think Broadchurch is going in all directions, a bit too much, but I will keep watching. I still find Peaky Blinders a bit weird. 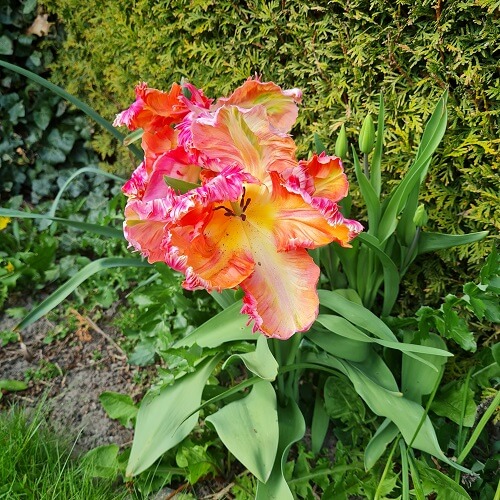 Strange tulip in my garden. 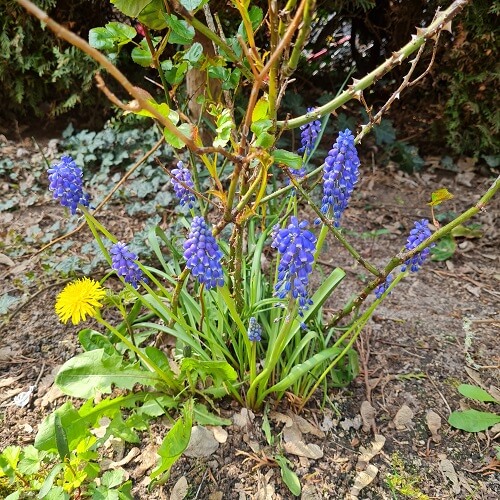 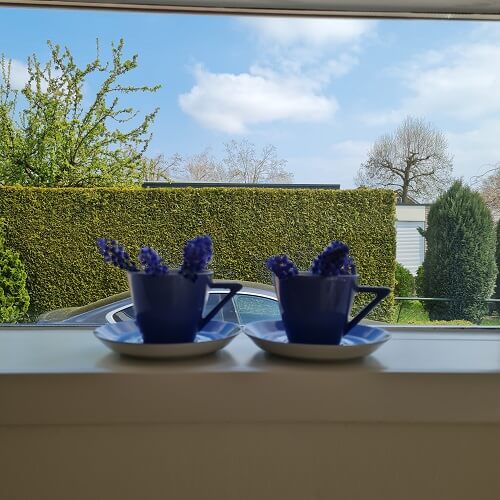 in my living room…

Are you ready for BBQ season? Have a great week all!