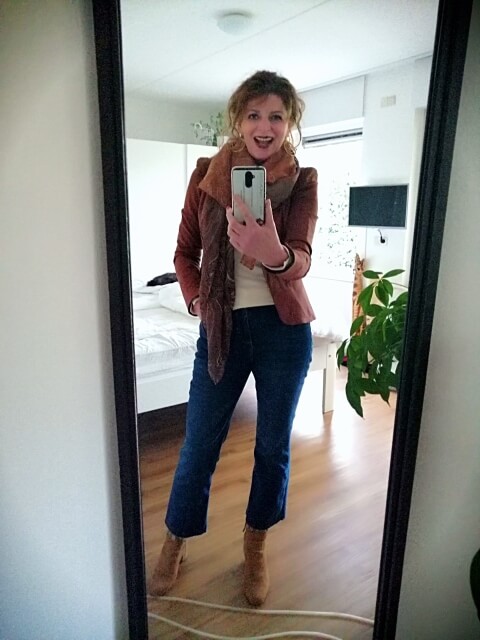 Last week has been a good week! Lot’s of sun and going out since months and a test drive! And I don’t mean going out for dinner and going to a cinema or something. No the restaurants here have been closed for weeks. But I haven’t been to a store for six months either. And to go again feels scary and getting used to, but also very nice. Not necessarily because of shopping, but to just be able to participate in the (now) normal life again.

Where did I go out 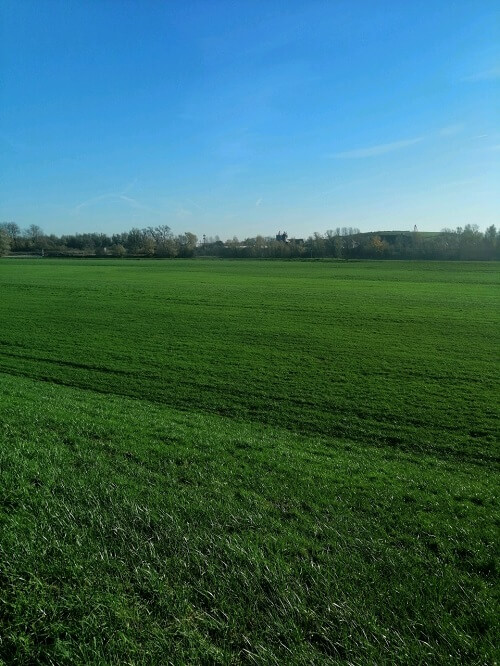 You can see that blue and green is a gorgeous combination. 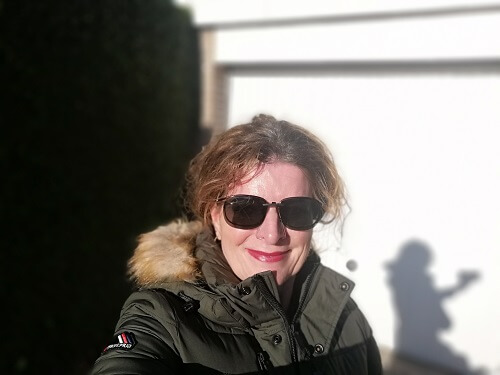 Even with the sun around it was necessary to put on a warm coat! 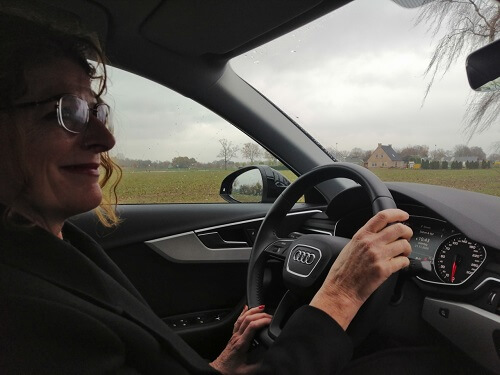 Last Monday I was called back by the doctor with a prescription for a more aggressive ointment and a greasy ointment to use over it. And a referral for the dermatologist. So I have to go there next week. The rash is gone now, I have a super thin and dry forehead from that ointment. Well, I’m glad the rash has gone for now, it really made me feel down. On Wednesday it was 17 degrees Celsius, which is quite warm for November. So Denise and I went cycling. That’s so good, isn’t it! I never thought I would cycle for fun. After that we had tea in the sun for an hour, just in front of our garage where the sun shines between 2pm and 3pm at the moment.

I also had to prick blood and asked if it could be done at home because I want to avoid hospitals etc. as much as possible. It wasn’t a problem and it felt like a relief. Because I really get almost nowhere, already from March, it is also starting to get a bit scary to go somewhere. That is not good either, I have to get out and not just sit safely at home. But I like to avoid places where a lot of sick people come. But I do find that I have to push myself to go out more.

Going out for a test drive 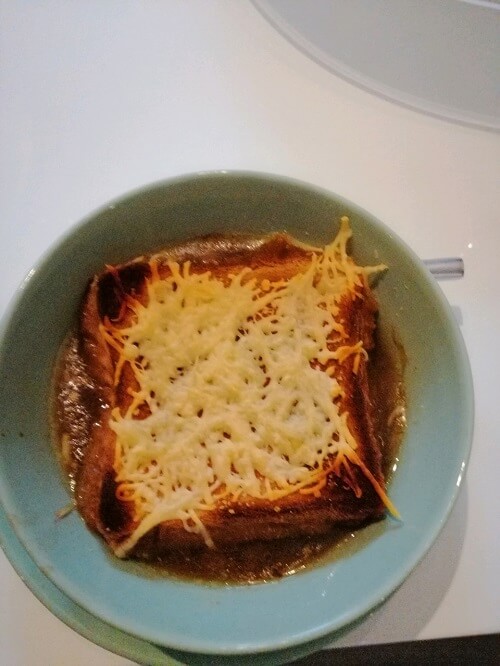 Gerben made onion soup on Saturday. 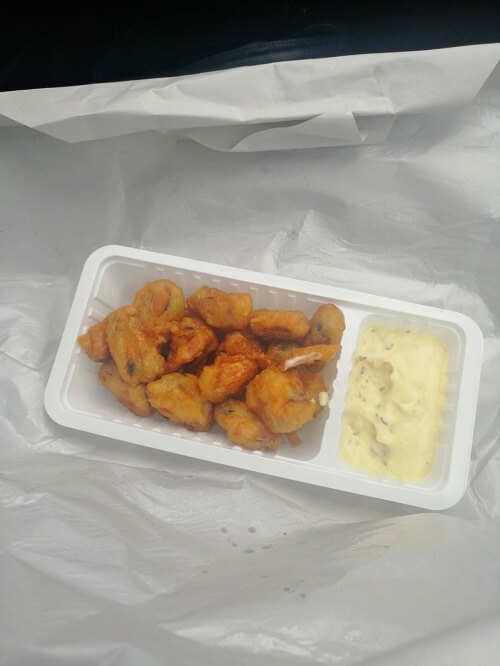 I ate fried mussels, so delicious! 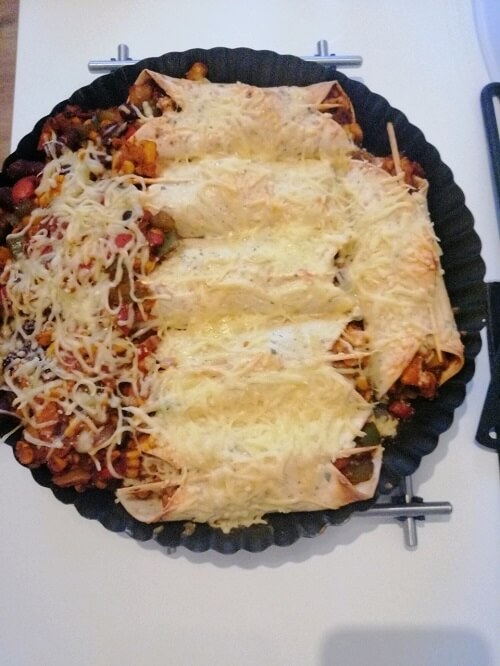 Gerben made burritos on Sunday!

Saturday we went to look at another car and take a test drive. The car was perfect but we couldn’t agree on the price so the deal fell through. We never had a Audi, but we liked it a lot. Then we went to the Action, which is a store where they have everything. It was well organized in that store, someone stood outside who arranged who could enter and almost everyone wore a face mask. I thought it was quite exciting but it went very well and I was very happy that we went there. It gave me a good feeling to be part of doing normal things.

We had gotten hungry and went to a fish stand to get something to eat. We ate that in the car. It had also been quite a long time since Gerben and I had had such a day. You might think, well you didn’t do anything special did you? That’s exactly the point! I want to do normal things again. We did not go out on Sunday. Gerben had breakdown service at the weekend, and had to do a few things outside and I did somethings inside. A great week, after a few slightly dark weeks! I hope yours was good too!

Wearing a off white skirt and sweater with a pre loved jacket on Friday. 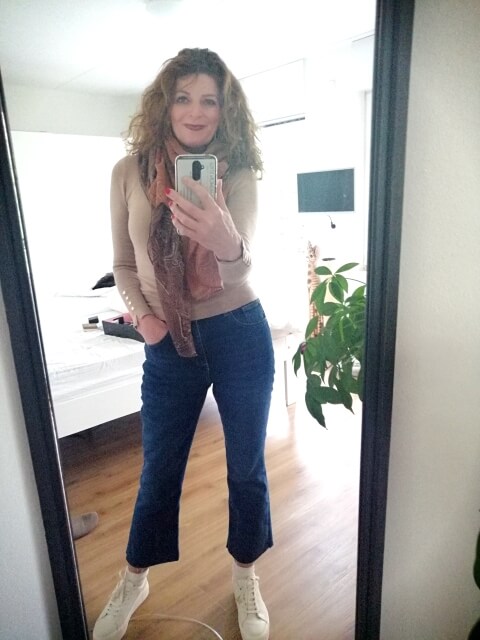 Yes, my new jeans. I tried different styling with it 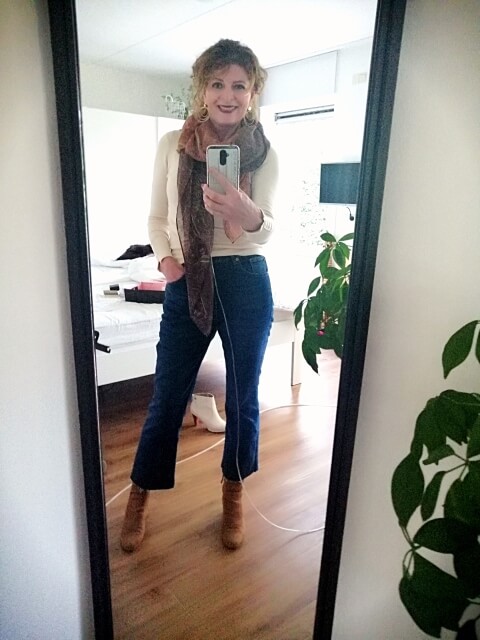