We went to a music festival last weekend. It was a fantastic weekend with amazing musicians. We had already been to Pinkpop this season. But Celina asked a few months ago if we wanted to join her and Paul and two other people (Paul’s neighbor Jeen, and a friend of their salsa dance class, Annette) for Bospop. Celina and Paul had rented a house for the weekend and had tickets for the festival also for the entire weekend. After we had seen the line up, we didn’t have to think twice about whether we wanted to join them.

On our way to the music festival 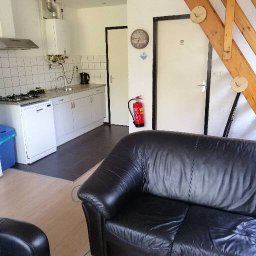 Very dated inside of our bungalow. 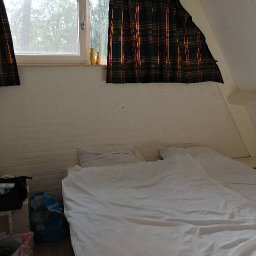 And there was only one toilet ……..for six people……. 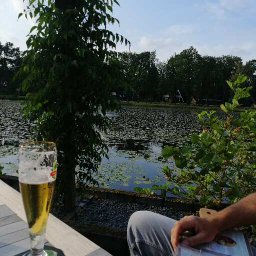 Eating at the lake, eating outside is always a good idea!

I had fish, which was good and some wine!

On Friday evening we first enjoyed a meal at a lake in the bungalow park. On Saturday morning we had a nice breakfast together. The bungalow park was really one from the eighties as you can see in the pictures. But that didn’t spoil the fun. Celina and Paul went to the festival to see Toto. They performed because Snow Patrol cancelled. After breakfast we went on our way to the music festival, which was about half an hour away. This festival is not as big as Pinkpop, although there were around 30,000 visitors on Sunday. There is also a, let’s say, somewhat older audience. But that makes it all a lot more pleasant and social.

And here you can see the program for the weekend because we haven’t seen all the bands. All the bands that we did see were equally fantastic. I can write the same about every artist, but that gets pretty boring. They were all very good and we greatly enjoyed a wonderful weekend. Gerben and I had never seen the bands we saw last weekend before. So we were surprised by some bands, never knew they were that good! I will also link you to my Instagram  for short impressions of the bands. 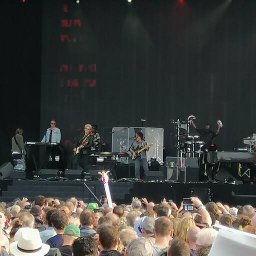 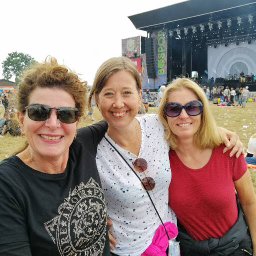 Annette on the right and Celina and I 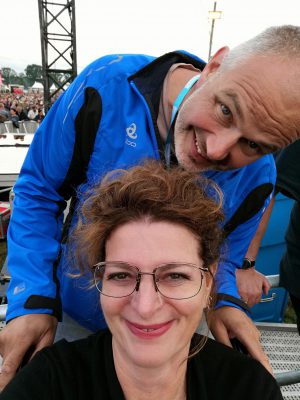 Gerben will hate me for publishing this photo! 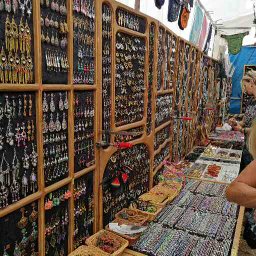 He, I am a fashion lover okay! I had to buy earrings! 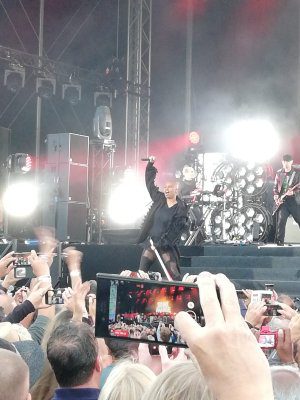 At the breakfast table.

Skunk Anansie was amazing. My goodness what a energy Skin has! Foreigner was fantastic! They rock! Wow, didn’t expect that. Level 42 was amazing. Although I was never a fan, but the band is so good live! The Specials were good but I missed Ghost Town. Living Colour was very very good. And Joe Jackson.……wow……that man takes you in the song! Daryl Hall & John Oates were really a trip back to memory lane. Fabulous. Celina Paul and Annette stayed on the Saturday to see John Fogerty. They were totally exited the next morning! Sting cancelled on the Sunday sadly. Celina took a lot of photos to that you can see on her Facebook.

Level 42, phot made by Celina who stood in front of him! 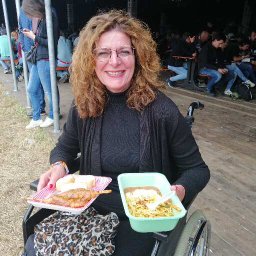 We tried to eat a bit healthy, we really tried. 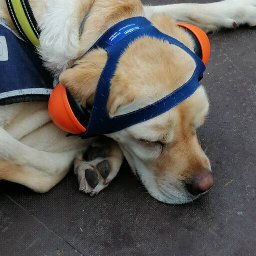 Assistance dog …..oh I wanted to pet him so badly. So cute.

Impression of the festival. 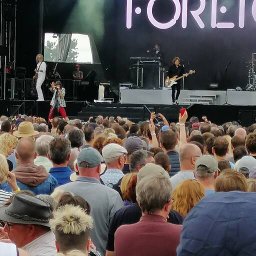 Foreigner, really surprising for me. Didn’t know they rock! 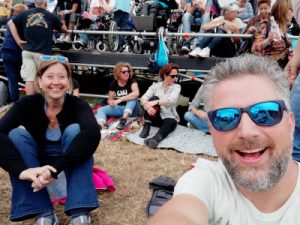 It was also fabulous arranged for the disabled, because I have to use a wheelchair for a festival, by Inter. A special parking space, a special entrance and a wheelchair podium. And that was right in front of the Main stage and quite close so it was double enjoyment. 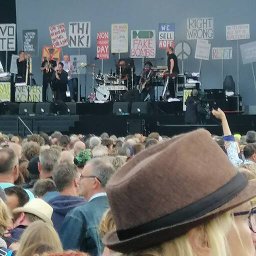 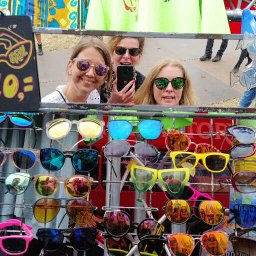 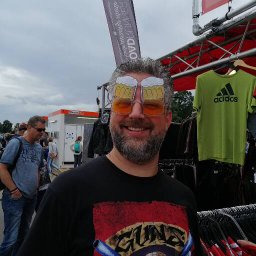 Paul with a funny one 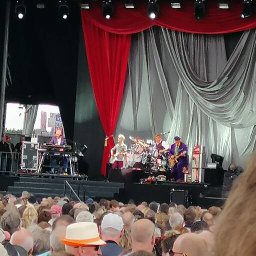 If you are ever doubting to go or not go to a music festival….GO! It is amazing!

Would really appreciate it if you would share my outfit on Pinterest! Just hoover over the photo!