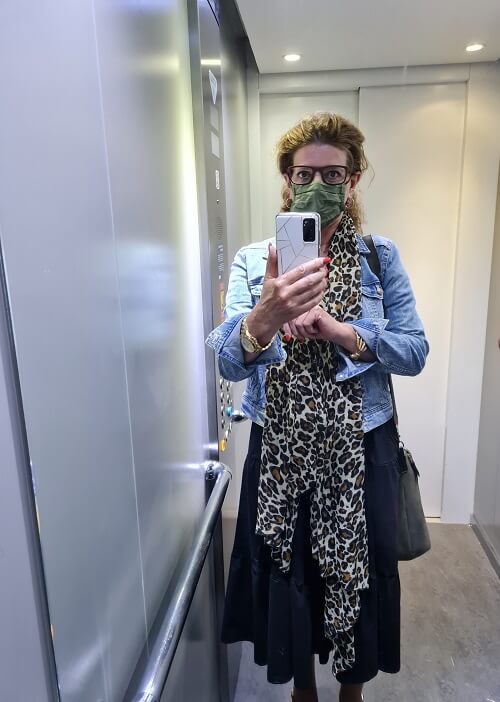 Last week was a scorching hot week. Temperatures above 30 degrees, that’s 86 fahrenheit, wink wink to Shelbee. I like it, because I love to eat outside and sit outside in the evening. the cats find it a little less sociable, they get a little less attention. But don’t worry, they really don’t come short. And I had all new things to try and to install last week!

The featured photo is hopefully the last one with a mask! As of coming Saturday we don’t have to wear them anymore!! But only if you can keep distance.

A bloody hot week, but I am not complaining

We are looking after our friends cats for a few days. This is Sam. 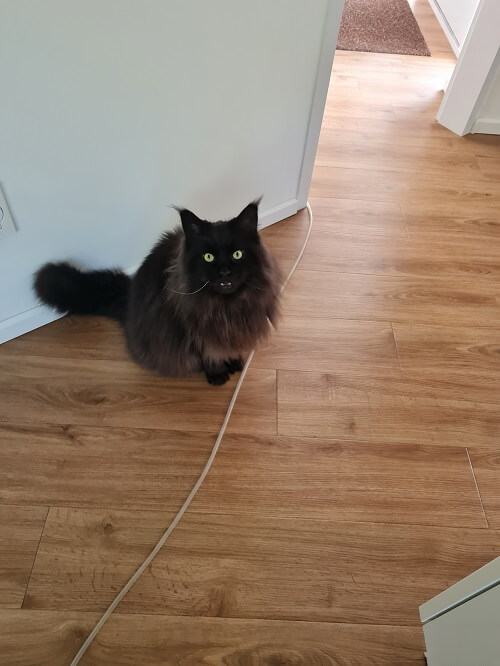 And this is our own boss, Castor!

Not sure I really like the skirt, it’s a good quality brand but it looks poor to me.

Monday I worked out and blogged, Tuesday I worked out and zoomed with Shelbee. What a joy! And on Wednesday someone came by for an introductory meeting. For the household help. In the evening when we were just having coffee, Gerben received a phone call that there was a malfunction in Germany. He had just been home for two hours. He had just returned home when I went to the gym on Thursday morning. Oh poor guy, and he never complanes! I worked out on Thursday, it was really unbearable, so hot.

Because Gerben had sleeping hours, but he didn’t sleep that long, we were able to go to the bicycle shop together in the afternoon to look for a bicycle for me. We were there at three o’clock and at seven we were back home. And then I was really tired, during the bike testing I didn’t realize it was so hot, and then you are also so busy choosing the right bike. But I bought one, or at least ordered one. Because the bike I eventually wanted was only available in silver. Silver? I never wear silver! And now it will be sprayed black! When we got home we got a take away because I didn’t have the energy to cook anymore.

Install week, not my cup of tea 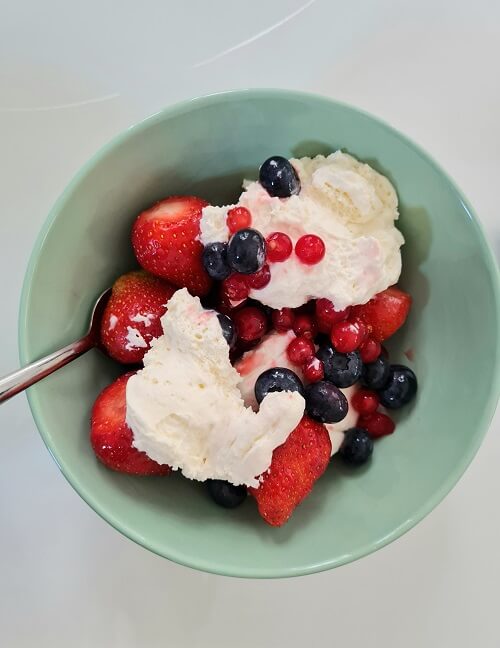 Fruit, vanilla ice and wipped cream! And another ounce on the belly! 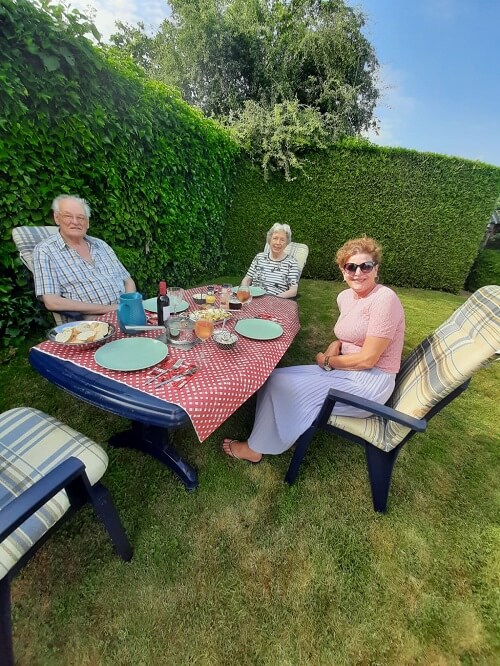 Having a bbq with my parents in law on Saturday.

Wearing my black dress on Sunday.

Friday cleaning day and installing my new laptop. And also reinstall my phone, and I mean really from scratch. That is always such an irritating activity. All apps need to be installed, transfer all photos and contacts again. And did it help? No, my battery still doesn’t last a day! I never want a Samsung again. So all new stuff this week! Worked out on Saturday and in the afternoon we had my in-laws visit us for a barbecue.

On Sunday we cycled to my dad and his wife for Fathersday and back home we watched the Formule1. Yeah, Max won, it was such a exiting race! We had dinner outside and watched Broadchurch to find oout that is was season 1…….again….. 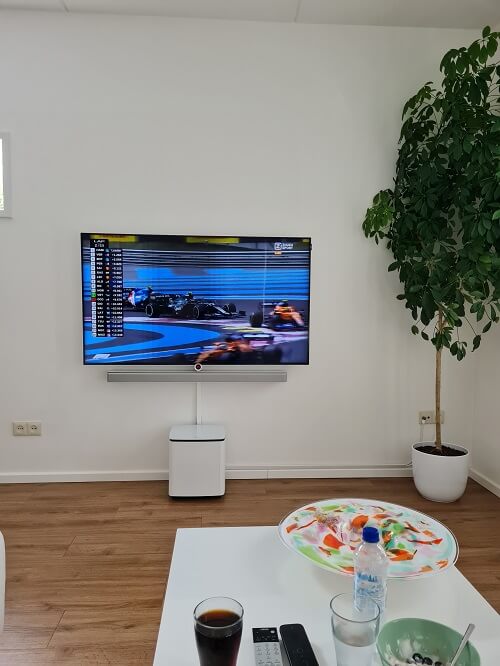 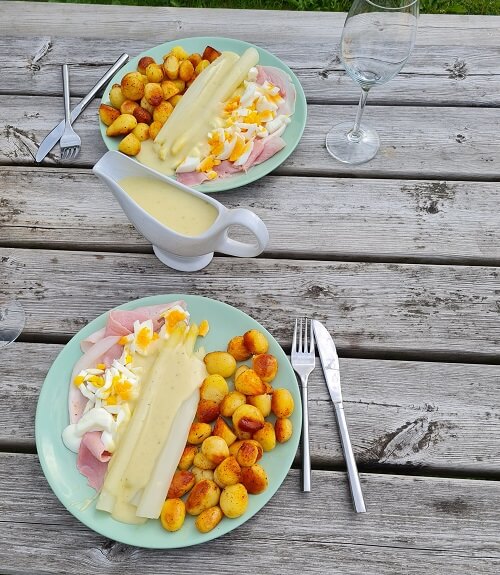 Aspargus!! For the last time…really… 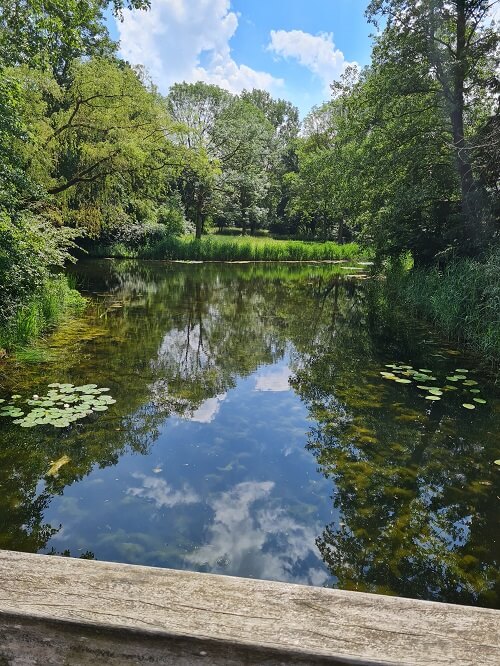 City park at my fathers place, 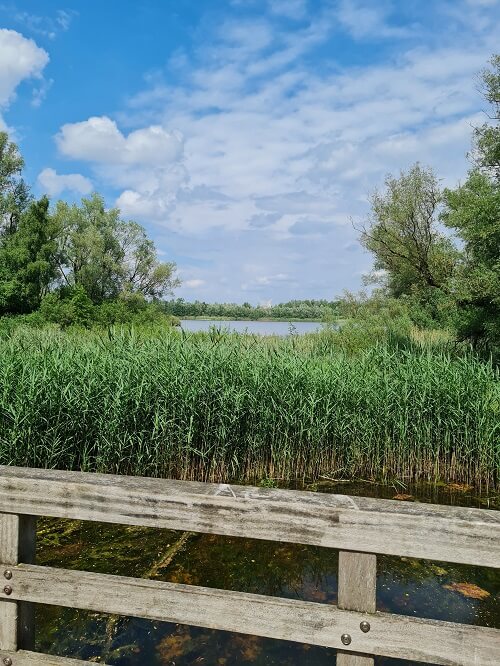 such a gorgeous and huge park!

Have a great week all! (without having to install a lot of boring things!)