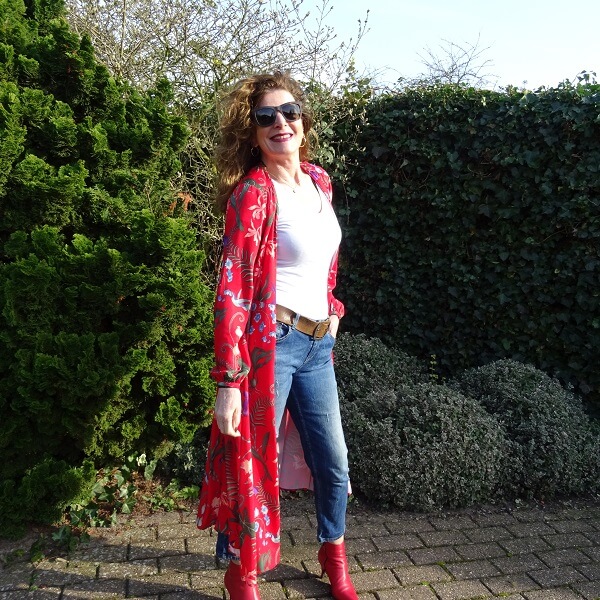 You almost never see me in jeans and never in a kimono. But when I copied Shelbee for our anniversary I actually liked this look on myself! What a surprise. So How I wear a kimono is actually, How Shelbee wears a kimono!

Something else than jeans first 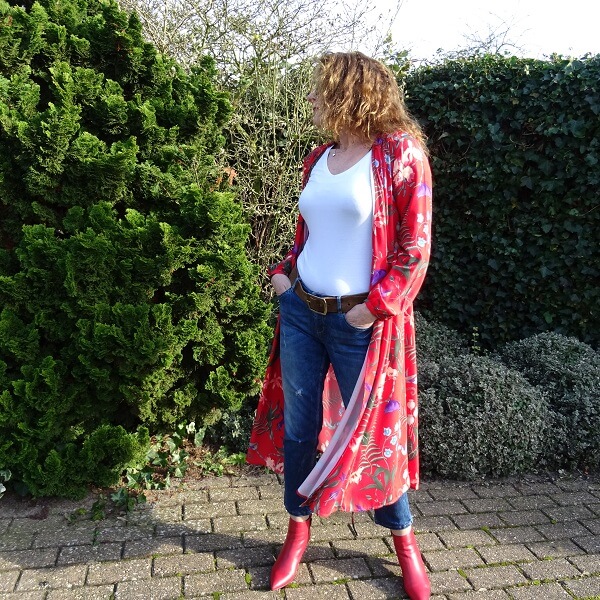 I had already planned this post when Shelbee came with this post last week. Tears hit my eyes. Which was not a good idea because our help in housekeeping would be at the door in 10 minutes. What could she not think if she saw me howling in front of the laptop. But I thought it was so incredibly sweet from Shelbee. And so not expected! So this is what we mean by that you can build such great intense friendships with other bloggers. Even though we never met in real life, and we probably never will. In our anniversary episode I already told you how I feel about Shelbee. I want to add something to that.

Shelbee has never made a secret of the fact that she has bipolar disorder. One of the reasons why I love this woman is that she is super strong. When I was in my early 20s, my thyroid gland worked way too fast. So fast that I have had a few psychoses. I can tell you that it’s horrible. I don’t wish my worst enemy that (as far as I know I don’t have any enemies either) So I believe that Shelbee has to fight every day to get through a day. I probably don’t say this well at all. When it comes to emotions, it’s pretty hard to write that down in another language.

What I want to say is that Shelbee is not just a mother who is often on her own because her husband is in the army, and who supports her immensely! Hats off Jeff! But she pursues her dreams, dares to be herself and all with a mental illness. That is fighting every day! I know it is, fighting to stay stable, fighting to get your act together, fighting to do ,,normal,, things. Shelbee is admirable! And now I stop because otherwise I will start crying again and I have a appointment in half a hour. But if you don’t know Shelbee, please visit her blog and get to know her!

How I wear a kimono 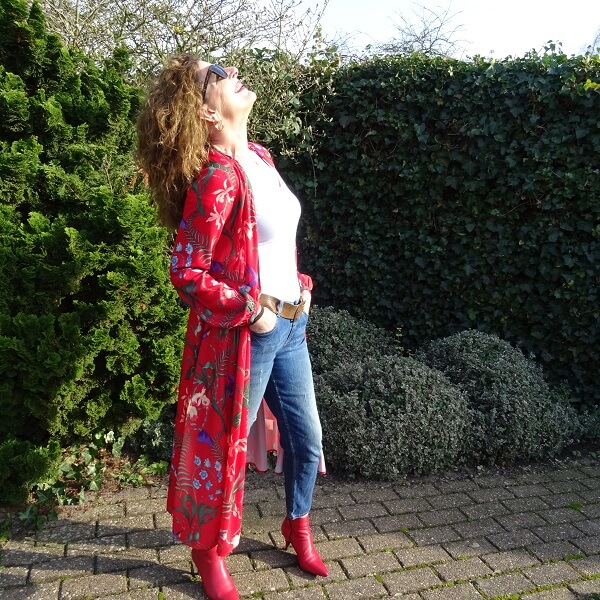 You all know that I don’t like jeans at all. This is my only pair, except for the culottes. But for our anniversary I copied a look of Shelbee and I knew it had to be a kimono. And she wears jeans with that! And when we were shooting I actually felt pretty good in this outfit. That was very surprising. I do like to wear these jeans(once a year) with a white tee, so classic. But I never ever wear a kimono. This isn’t one, this is a dress. But I knotted the strings at the back and now it is a kimono. The belt is Gerben’s.

Kimono’s are not very popular here in Europe. We hardly see them in stores, magazines or on the streets. It’s a rel American item I feel. The red boots are older too. But I don’t wear them that much. I am not a huge fan of the color red. But I felt for this kimono,dress, because of the color combination. Although I do think it’s very up lifting and vibrant. And almost anyone can wear red! Isn’t that amazing. 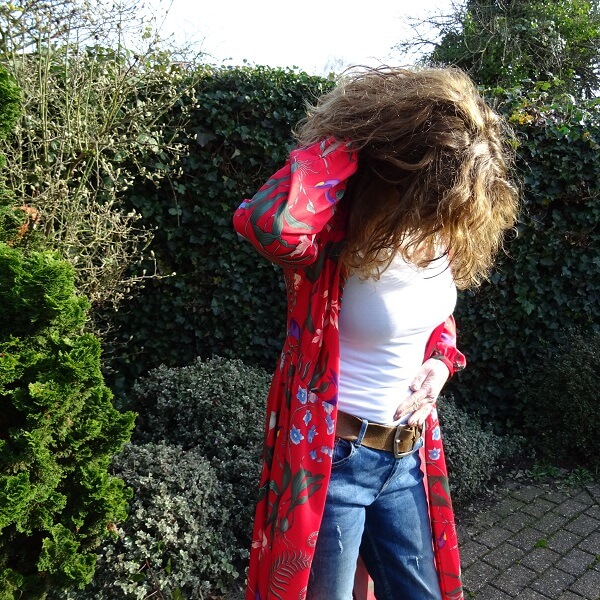 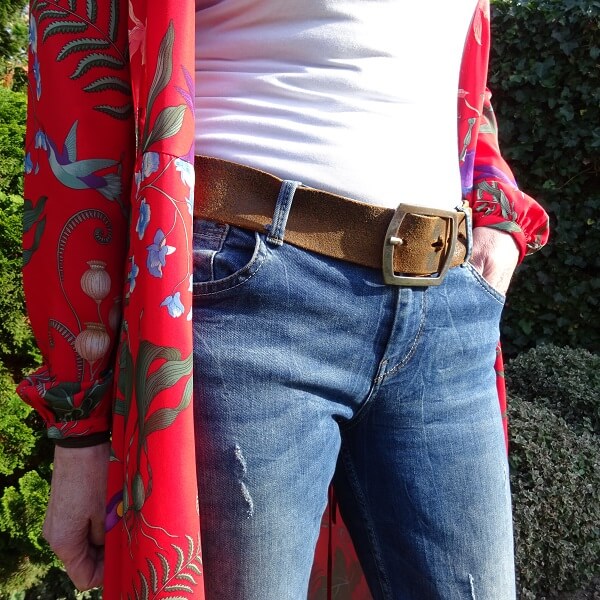 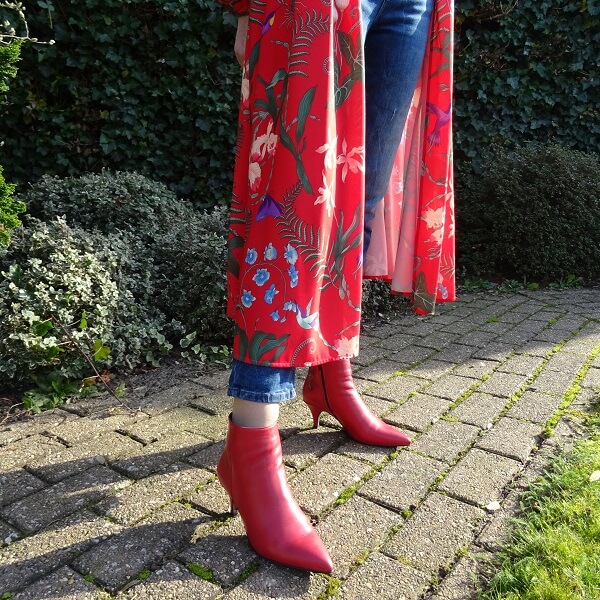 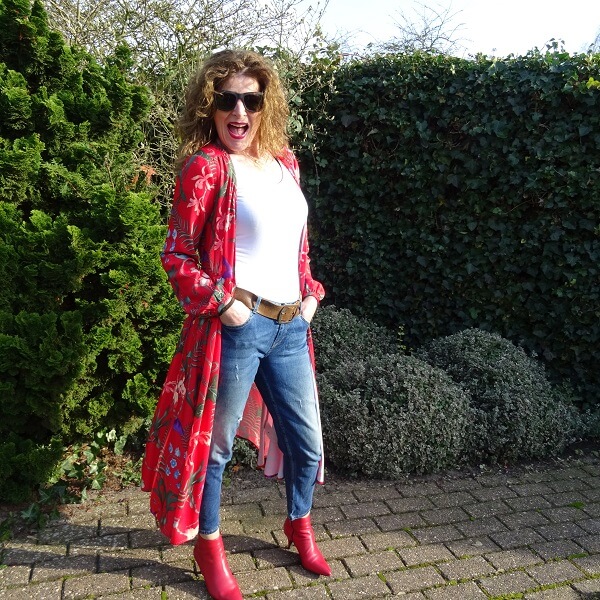 Shop the How I wear a kimono look!